What Is IVR Monitoring, and Why Aren’t You Using it Yet? 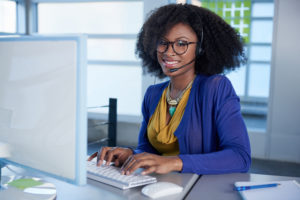 The interactive voice response (IVR) system has brought with it a lot of new possibilities for us to consider. It’s freed our contact center agents from having to waste time with the simplest questions from customers, the kinds of questions that a reasonably alert Google user could answer most of the time. It’s allowed us to put talented, skilled agents to work solving complex problems instead of telling people what the store hours are. Yet here, the IVR has room for improvement, and that’s where IVR monitoring comes in.

What Is IVR Monitoring?

IVR monitoring is, essentially, just what the term suggests. It’s a tool that monitors an IVR system. How it does that can vary from system to system, but many systems will generate alerts when the IVR goes down, allowing those who maintain the systems to be notified and engage in repairs.

What Benefit Does IVR Monitoring Offer Its Users?

Putting IVR to use allows users to take advantage of a wide range of benefits, including some that have a direct bottom-line impact on a business’ operations.

Maintaining customer service. IVR systems are terrific for answering customers’ calls when you’re out of the office, or when you want to funnel simple calls away from your paid professional contact center agents. If the IVR isn’t working, however, then those calls go unanswered. This sets up a rather substantial stumbling block to establishing an omnichannel environment that provides service where and when the customer wants, which is increasingly desired by those customers.

Preventing customers from jumping ship. This goes along with the previous item; not only can your system not answer calls when it’s not working, but consider that last from the customer’s viewpoint. When you can’t get a question answered from one company, the usual response is to proceed to that company’s competitors and get answers there. Suddenly this means potential business loss, which means profit loss, and potentially the whole business goes down from there. It may sound dire, but these kinds of “for want of a nail, the kingdom was lost” scenarios have happened before.

Improving current operations. The IVR may be up and running, but is it doing its best? It’s not a binary system; IVRs don’t generate good feeling from customers and revenue when they’re switched on. They’re part of a larger overall ecosystem of customer service, and the better a job you can do of figuring out how well they’re working, the easier it’ll be to find flaws and address them. The system may be running, but that doesn’t mean it’s running as well as it could be. The difference between the two could represent substantial revenue loss.

Stress testing. Most of us don’t think of an IVR as being subject to excessive stress, but it’s actually a possibility. Customers don’t call in convenient batches, there’s an ebb and flow to that customer contact. Sometimes the system will be without a call to answer and other times it will be utterly slammed. The question is, how will your IVR handle calls during that busy season? Will it start routing those excess calls to your agents, who are now solving the “how late are you open” and “what is my account balance” problems you wanted the IVR to solve in the first place? There’s only one real way to know and that’s with proper stress testing.

Cost savings. The corollary to that previous point is what happens when the IVR is overly stressed and routing calls elsewhere. If it’s routing calls back to your agents, now suddenly, you’re paying agents to solve the simplest problems that can be answered by a few minutes on your Facebook page. You want those trained professionals to be solving serious problems, the kinds of problems that might result in a lost customer if they’re not handled correctly.

How to Get Started Putting IVR Monitoring to Use

When you’re ready to take advantage of the benefits IVR monitoring can offer, then get started by reaching out to us at TelcoAlert. Our line of IVR monitoring tools helps make sure the IVR is always active and ready to go when it’s needed, allowing that round-the-clock service that represents a safe path to customer satisfaction. Since our service is hosted, it removes the need for extra hardware and software brought in at your end and lets you simply take advantage. So when you’re ready to make your IVR everything it can be, just get in touch with us.

Want to learn more? Check out The Ultimate Guide to Optimizing Your IVR.